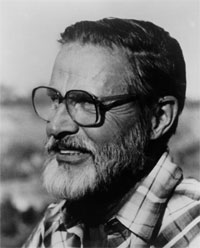 Frank McCarthy knew from an early age that his passion was art, copying from his favorite comic strips.

After high school graduation, he studied for three years at Brooklyn’s Pratt Institute with a major in illustration. Following his studies, McCarthy embarked on his art career as a commercial illustrator in New York City.

His art career spanned over 50 years, beginning with a request for a western cover for a magazine by an art director.  He left the world of commercial art in 1968, and began his fine art career after moving to Sedona, Arizona.

Frank McCarthy’s dynamic paintings frequently featured the people of the west with a special emphasis on the Plains Indian, mountain men and cavalry that comprised the lore and lure of the Old West.

Appropriately entitled the “Dean of Western Action Painters,” Frank McCarthy’s art was unsurpassed for its motion, drama and absolute attention to accuracy and detail.

Highly collected and frequently imitated, Frank McCarthy’s works were treasured throughout the world as classic examples of contemporary Western Art.