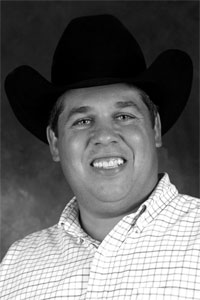 Dave Sietsema is a freelance and portrait photographer based out of Mitchell, S.D. , which is located about 70 miles west of Sioux Falls, S.D., and about four hours east of Rapid City. He specializes in commercial, editorial and western images.

He is a graduate of South Dakota State University with a degree in agricultural journalism. He spent eight years and the photo editor for the Mitchell Daily Republic, a daily newspaper with a circulation of 14,000 and for the past four years as the owner operator of his own portrait studio.

Dave grew up on a farm in central Minnesota and still has many ties to rural Renville, Minn. and the surrounding area. His growing list of clients and business associates provide him with access to most agricultural fields. His college connections also have put him in close contact with many ranching families in Western South Dakota.

Dave’s strong people skills allow him to quickly develop a relationship with his subjects in order to create the best possible images. His solid newspaper background allows him to be comfortable covering a variety of assignments. Dave has also been fortunate enough to win several state and national awards for his work.

Dave is available to drive or fly to assignments. A 300 to 350 mile drive brings him into Minnesota, Iowa, Nebraska and North and South Dakota.

Dave is also involved in his community. He currently sits on the board of directors for the Corn Palace Stampede Rodeo as their vice-president, the LifeQuest board of directors, a local organization that helps people with disabilities develop life skills to live and work as independently as possible, and he also was one of the founders of the Holiday of Lights Parade in Mitchell and currently sits on their board.